Want to keep up with the happenings at The Knittin' Coop? 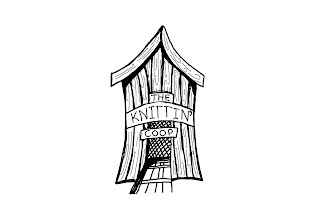 Well...per my last post, the time has come.  With so much blood, sweat and lots of tears The Knittin' Coop will be a brick & mortar store in my hometown of Salem, VA. I'm planning for an August 1st Opening day.  I hope to see many, many old and new faces -- I have missed the contact with my fibery maker friends...


Working in a "thankless" work environment makes one think--

Could this blog become a real business??

It became a gathering place? 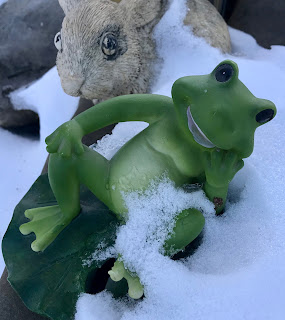 Thank goodness the cold of January has passed and the warmth of Spring has arrived a bit early.  My crocus' are up and the trees are budding--but we all know that Virginia weather can be fickle and we are going to get cold again.  So far March is coming in like a lion, overnight we had 62 mph winds and they're not due to stop till midday tomorrow! 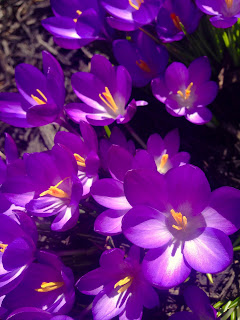 I have a serious case of "Cast-onitis"
**I'm still working on my Torino Ski Sweater--I have one sleeve 3/4 done and 1 to go.
**Casting on a little skirt for Emmy and using it to enter Ninja Chicken's Knit Your Bottom KAL.
**Casting on a pair of socks for Grocery Girl's March Sock Bash--Cables.  I'm going to design my own very simple cable sock for this one.
**Casting on for Sunset Highway by Caitlin Hunter.        (I'll post pics of these next time)
I need to cast on some Easter projects for all the girls.
AND...I'm starting to think about dying some yarn.  I played around with it last summer and really enjoyed the process and outcome. 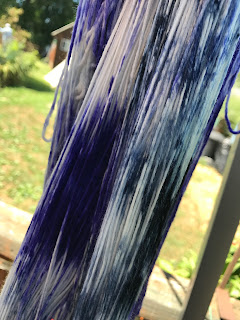 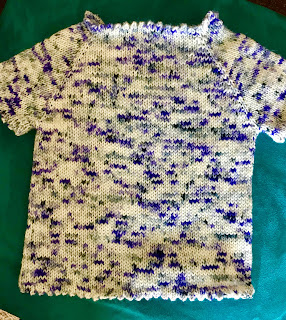 I made this for little Emmy from my own dyed yarn.  We'll have to see how this goes....

I also have a FO to show....Hubby's Christmas Socks are done.  I gave him the yarn in his stocking and promised socks-- 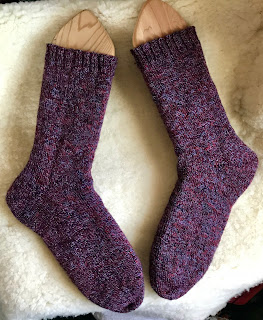 A lot has happened--The day after my last post my baby girl turned 30 years old! 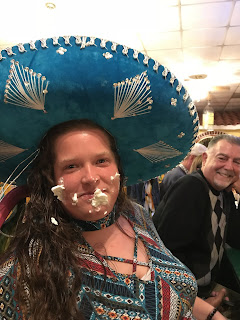 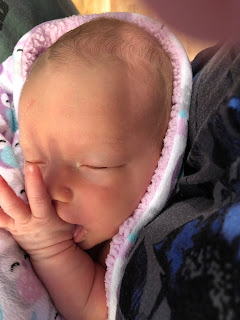 Thanksgiving and Christmas flew by, as usual! 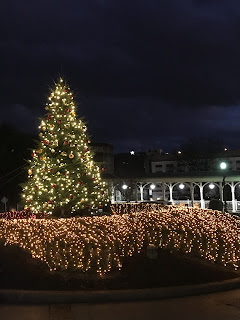 Christmas lights at the Hotel Roanoke 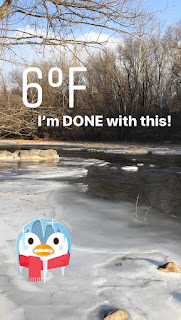 So, I finished a couple sweaters: 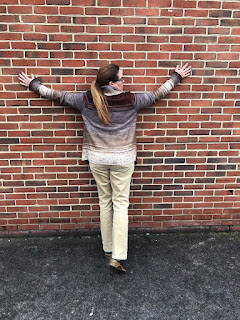 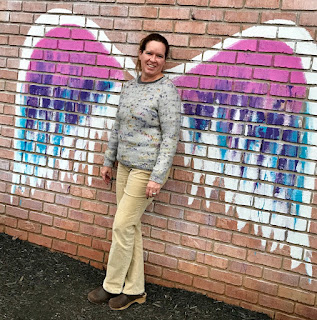 I used Lolodidit yarn in the Hippo for New Years colorway. 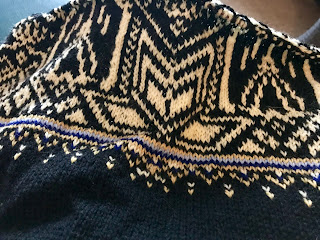 Torino (no longer in print)

This is going to be the year of the garment for me.  I've focused so much on gift and baby knitting, it's time for some sweaters.

Wow....it's been nearly 5 years since I last posted (boy, this sounds like the beginning of a twelve step program)

I'm really wondering if there is anyone still out there who either reads blogs or still posts on a regular basis.  It seems like Facebook has taken over the world.  Yes, it's a great place to reconnect with people but frankly I'm tired of the passive-aggressiveness, as well as, other crap being posted--so I'm kind of taking a break from it all. I guess I'm really trying to decide whether to revive this old blog or delete it forever.

I seriously had no idea that Picasa had dissolved--that's why a lot of my pictures are gone!

A lot has happened in 5 years, really too much to catch up on but I can try.  The things remain same is, I'm still running, swimming, biking, knitting and spinning--a girl's gotta have many avenues of therapy! 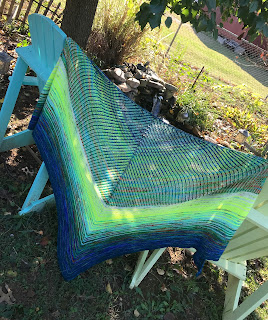 What the Fade?! by Andrea Mowry

I LOVED, LOVED, LOVED this MFKAL.   A lot of the knitting was done while I was on vacation. Learned 2 new techniques--I-cord cast on & bind off and the brioche stitch.  I can't wait to brioche again...yes, it's hard to grasp at first but once you've got it---BOOM!
Go ahead...give it a try...I dare ya!

Wishing you the BEST year ever!

Hope you all had a Happy Thanksgiving!!  Now the Christmas season is upon us and life is busier than EVER.

Lots of stuff going on around here...I'm still working and training for races, my next 1/2 marathon is coming up in January at DISNEY WORLD!!!!! I'm so stoked...I haven't been to Disney World since 1977--a teenager full of angst.  Shoot..Epcot wasn't even finished at that time!  I'm working my way to doing a triathlon this spring....I'll let you know how that works out.

Because of the economy and a bunch of stuff we've been working on around the house Hubby's taken a part-time job. He's learning that working "retail" and customer service is a REAL treat at this time of year!

Lots of knitting going on...OF COURSE...Christmas is right around the corner!  Number 1 Niece has gone crazy knitting...she's making all her presents this year.  Warms my heart to know that she's loving the hobby I love---and taught her.

Well, gotta run---If I don't get back here before the BIG day is upon us I hope you all have a Merry Christmas...How do you like this years card?

Wow....over 2 months have past, where does time go?

Yes, we are still missing Mr Ace...there's not a day that goes my that I don't expect him to be underfoot or visiting me while I'm having "private time" in the bathroom!

I know my posts haven't included much in knitting content but not to worry, I have been very busy.  Since March I've been in "Baby Knitting Mode"!  I have so many ideas and Ravelry queues for patterns that I want to make. Last Sunday we had the baby shower so I can finally reveal all the knitting that I've been doing.

The first item was a knitting kit I bought in Va Beach after my 1/2 marathon this past March...in fact, I knit a good portion of it on the ride home.

I didn't get a picture of it with the little pink buttons on it before I wrapped it....I guess I was too excited!

Such a sweet cardigan, not to mention it was a quick and easy knit!

Then there was THE ONE that I've held WAITED to knit for one of my kids when they announced they would become parents.  It was back in 2005 I volunteered with a natural dyeing program where we used indigo, osage orange and cochineal...then I "over -dyed" to get the additional colors of orange, purple and teal.

When I first saw Yarn Harlot knit this pattern I KNEW it was the one MUST knit for my grandbaby!!

Then came the baby blanket...OH MY GOODNESS....what a slow knit!  The yarn kinda pooled a bit, which at first I wasn't happy with but it turned out well.

One of my co-workers was expecting a little girl (yes, I am speaking in past tense--Katherine Elaine was born just a over a week ago!  So I knit her these adorable Saartje's booties~~

Then of course there was still MORE "Granddaughter Knitting" to be completed!  I made another pair of Saartje booties for her....
﻿

Oh....this isn't the end by any means.  I have so many more project ideas that I don't think I'll ever knit for myself again! We are on the countdown till we finally get to meet her...and learn her name! 4 weeks to go!

There is this one special little girl that comes to the Y with her mom who has wrapped her little fingers around my heartstrings....she's been "grooming" me for Grandparent-hood!  I've knit for her too.
I used some of my handspun to knit these little soakers~~
I've been spinning too...I'll get some pics to post up soon. In the meantime....

Ace has been the best cat I've ever been owned by.  He's been with me through good and bad...I've taken really good care of him over the years but the last several months he has struggled greatly.  The time has come to let him go...I LOVE YOU ACE-MAN!!!﻿
Posted by Robin at 6:49 PM 4 comments: